Cutting Close to the Bone

Current affairs, global concerns, local conflicts, in short, the world today, always filters into film sooner or later. And perhaps the most permeable of all its formats is short film, which more immediately reflects the times we are living through. ALCINE is aware of this, and has for years now programmed Cutting Close to the Bone, a space for the red-hot issues of the moment presented in short films made by filmmakers from around the world.

This year Cutting Close to the Bone is here to show us what has become the leitmotif of this year’s festival: climate change, approaching the issue from a variety of surprising standpoints, styles and geographical areas. Since we are faced with a global phenomenon, the best way to understand it is through pieces of work showing the realities of the issue in various latitudes, to represent the complexity and breadth of a problem such as global warming, which has so many facets and ramifications, making it very difficult to fully take in.

Pollution in Mongolia and its consequences on the climate, the fauna and the daily lives of the communities living there; human relationships with the natural world in the glacial zones; the appearance of the first climate refugees in Puerto Rico; Antarctica as a tourist destination and the ecological footprint that leaves on the region… these and many others are the topics on display as fiction or documentary and with the gaze set firmly on the consequences of environmental change and the urgency of changing the way in which we act, live and consume to lessen the impact on our resources, climate and planet.

Some of these short films contain more truth and information than certain opinion articles or sociology studies. Also on view, beyond the digital environment, are the conflicts, doubts, problems and obstacles arising at the juncture between infancy and adolescence, and adolescence and maturity; universal themes that, despite the support media involved, are not that different from one generation to the next. Cinema once again demonstrates its capacity to observe the present… and to cut close to the bone. 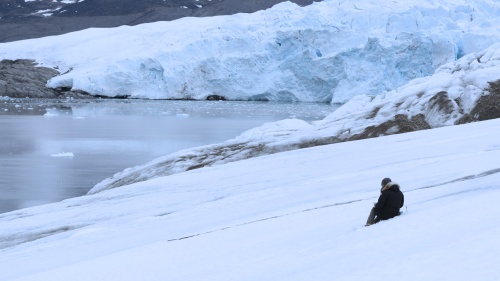