Directors, producers, performers and critics of Spanish indie cinema get on a train that covers the 33 kilometers between Atocha and Alcalá de Henares. The trip is well worth it. A decade has passed since ALCINE inaugurated Pantalla Cero, a section born to welcome the most radical works of our cinema. In those years, low-budget films that broke the mold of canonical new narratives and aesthetic proposals were springing up in spurts with new filmmakers like Carlos Vermut, Pablo Hernando and Carlo Padial. Titles and projects such as #littlesecretfilm, Las Amigas de l'Agata and El Fin de La Comedia had their first encounters with the public at the Corral de Alcalá de Henares. A flame of creativity and shamelessness that shone above the rest. A momentum that seemed unstoppable, took us far. To festivals like Rotterdam, Locarn, and also to Sitges, Seville and Albacete. Those were the times of post humor and funny awkwardness. The network was starting to be seen as an ally for minority cinema.
However, ten years later and a lot of things have changed. The avalanche of other Spanish cinema has become a diluted. This is the scenario faced by the illustrious guests who share the carriage of the C-2 line. But between jokes and filming anecdotes, they are surprised by a blizzard, which is absolutely unseasonable for November, however these are the times we live in. The train then stops. The lights are cut and the darkness sweeps in. A scream is heard. There’s a corpse.

Conceived as a live true crime and presented by journalist Andrea Morán, Asesinato En El Low Cost Express will try to clear up the questions that keep the moviegoers in suspense: Where are the protagonists of that movement now? And where do the films they made live? How has time passed them by? What was the point of it all? And the last and most important: Who killed independent cinema?

Andrea Morán. Journalist and film critic. Contributor to Historia de Nuestro Cine (La 2) and member of the Editorial Board of Caimán Cuadernos de Cine, where she created the podcast Nueva Carpeta. She writes regularly for the Vocento group and develops projects for its Audio and Podcasts Department, where she produces La Mirada Encendida.

After a remarkable career as a comic book author, Carlos Vermut surprised everyone with his first feature film as a director, Diamond Flash. A self-produced film that channeled influences of Almodóvar and superhero cinema in equal measure, and which, for Spanish cinema at the time, fulfilled Coppola's prediction about the possibilities of digital cinema. It premiered at ALCINE41, within the formative section Zero Budget, it was the confirmation that this new cinema had to be seen on the big screen at the same level as its industrial counterparts, giving rise to the birth of the Pantalla Cero section in 2012. Ten years later, we celebrate that point of no return with Vermut's last film, Mantícora, before its arrival in commercial theaters. 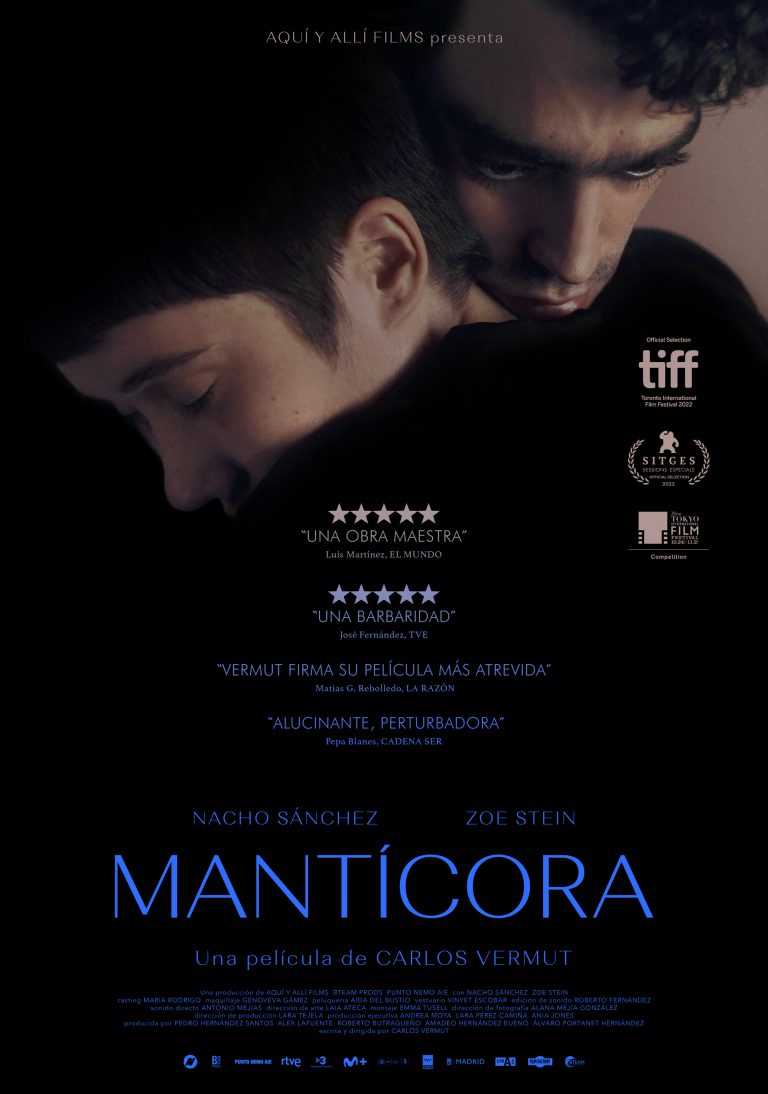