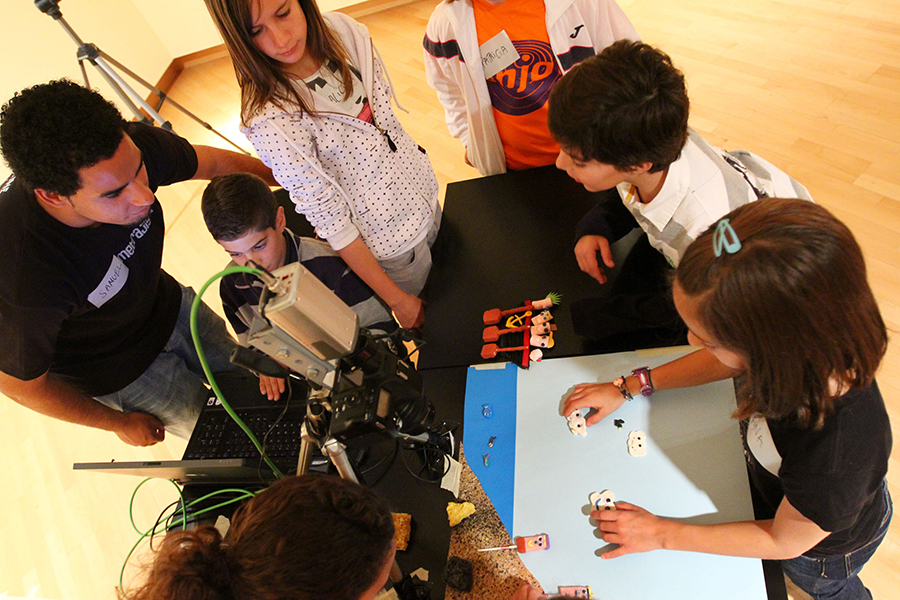 Furthermore, the Alcalá de Henares / Comunidad de Madrid Film Festivalhas tried to open a path for reflection upon the topics teaching cinema and visual education in Spain and about the process of cinema in general. In this regard, in 1983 workshops about teaching cinema in elementary school, middle school, high school and college were held. In 1984 Alcine organised a reunion of the directors of Europe's five most important film schools: Lisbon, Paris, London, Munich and Rome. In the 1985 edition a symposium about teaching cinema in Spain took place which could count on the presence of numerous independent professionals from all over the country. Following the same idea, a workshop about `Cinema, Video and the new technologies and their importance for teaching' was held in 1986.

In 1988 and 1989 the focus shifted to cinematographic creation in general. Courses providing an 'Introduction to the cinematographic language' were held by renowned cinema professionals. The practical workshop about Direction of Photography of the 1994 edition embodied another step ahead. In 1995 the workshops were focused on Spain's cinematographic production.

The 27th edition analysed full length movie debuts of the 1990's from different point of views. Under the title 'Debuting in the 1990's'the festival hosted such prestigious guests as D. José Luis Borau and D. José María Otero who, at that time, was president of the Spanish Film Academy and General Director of the Institute of Cinematography and Visual Arts. Other guests were cinema professionals, directors, screen writers, musicians, directors of photography and editors. During the festival's 28th edition workshops about Special Effectswere held and during the 29th edition the past, present and future of the Spanish short film was debated.