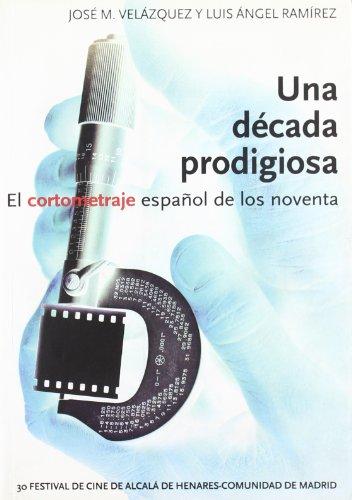 As the decade of the 1990s reaches its end, the Spanish short film seems to have reached its peak. This moment of glory runs parallel to the boom of young directors who seem to have reconciled the Spanish cinema with the box office through their feature length films. The short film occupies a cultural space and a recognition by the media that would have been impossible at the end of the 1980s. The financial means increase in same proportions as the production planning gets better - every time more professional and with an excellent technical result, every time closer to what had only been possible in feature length films before. Furthermore, the deficiencies in the area of exhibition - a very urgent topic in the previous decade - seem to have found solutions that could help to clear a horizon that appeared - only few years ago - very cloudy and not too promising. The growing demand by some television stations and new diffusion circuits seem to free the short film from the state of agony in which - due to a lack of help - it was trapped in the beginning of the decade. For all these reasons, It wouldn't seem daring to affirm that the 1990's are the wonderful decade of the Spanish short film.

Yet, another question is to clarify whether the spectacular growth of the works' industrial quality and the constant increase of production sums correspond with a success in the artistic and creative territory. And whether the new perspectives in the area of exhibition aren't more than a deception - an illusion that may disappear from one moment to the next due to the weak structures that sustain the format.

Under these premises one can ask: Are the 1990's really a wonderful decade?