Deadline for submissions of short films to ALCINE49 is open 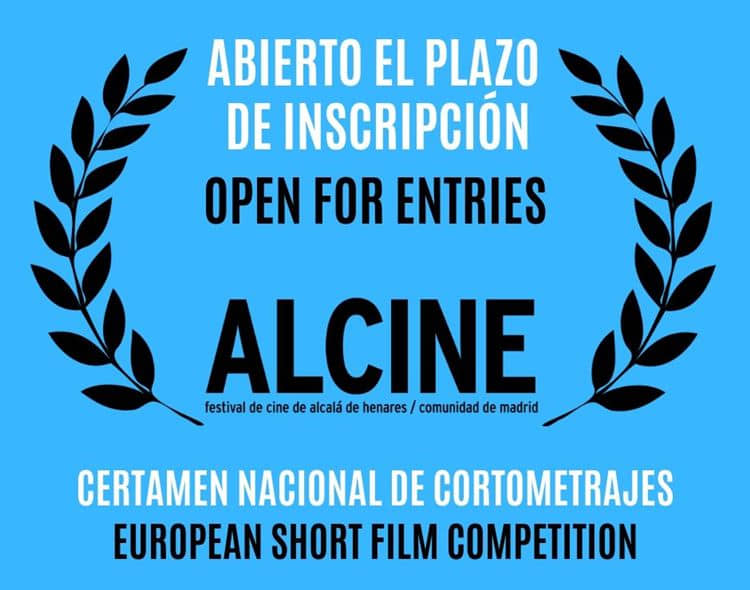 ALCINE, Alcalá de Henares / Comunidad de Madrid film festival, has already opened the deadline for submissions of shortfilms in the National and European Competition of its 49th edition !!!

September 2, 2019 is the deadline to participate in the National Competition, open to short films of production and / or Spanish direction up to one hour. The deadline to submit films to the European Short Film Competition, for majority European productions with a duration of no more than 30 minutes, ends on July 1, 2019.

To participate in both competitive sections it is necessary to fill out an 'online' form and send a viewing link of the film with English and / or Spanish subtitles in HD quality. All the information and the complete regulations  can be consulted on the ALCINE website within the sections: National Short Film Competition and European Short Film Competition.

- Superior Image and Sound School Award (CES) for Best Sound: € 3,000 in sound postproduction services for an upcoming work by the sound editor.
- 'Movistar +' Award: Prize for the best short film, consisting of the purchase of rights for its broadcast in Spain.
- Prize of the Public 'Councilorship of Youth of the Excmo. City Council of Alcalá de Henares': € 1,000 and trophy, granted by vote of the public.
- 'Comunidad de Madrid' Award: € 2,500 and trophy.
- 'AMA' Award (Madrileña Audiovisual Association) for the Best Production in Madrid: Be a member of AMA for free for one year.

A total of 59 short films were selected in the National and the European Competition of ALCINE last year’s edition, a festival that in 2020 will celebrate its 50th anniversary.